The main problem of apartments in old Soviet houses is, of course, the lack of space. This is especially true for bathrooms. A little to expand the bathroom in some typical old houses is possible by dismantling the plumbing. To remove this, in most cases unnecessary, construction, of course, you can do it yourself, of course.

It's no secret that in Soviet times the main emphasis was on us in the country was done not on the comfort of housing, but on the speed of construction of houses. Sanitary ware cabins in those years were also used to reduce the construction time of multi-storey residential buildings. In fact, such designs are a large box with a washbasin, a toilet bowl and a bathtub mounted in it already at the enterprise. When using plumbing, builders simply no longer need to distribute plumbing to apartments and waste time installing it. Such boxes were simply delivered to the construction site with special equipment and lifted into the bathrooms via a faucet.

Sanitary ware was made before 1998 from asbestos cement, for example, in the form of acideid planks. Later, reinforced gypsum concrete began to be used to assemble such boxes. In any case, the foundation for cabins in Soviet times was poured using cement mortar.

Some apartment owners, of course, doubt whether it is necessary to dismantle the plumbing in an old panel house. Perform this operation, experts in the overhaul of the apartment are advised necessarily. This procedure actually has many advantages.

The main advantage of dismantling a sanitary cabin in the house, of course, is the expansion of the bathroom. Such boxes were installed in Soviet times in such a way that between their walls and the panels of the high-rise building there was a space of 10-15 cm. That is, after removing the plumbing, the length and width of the bathroom can increase to 30 cm. Also, demolition of this design will make the bathroom more high ceilings (up to 20 cm). 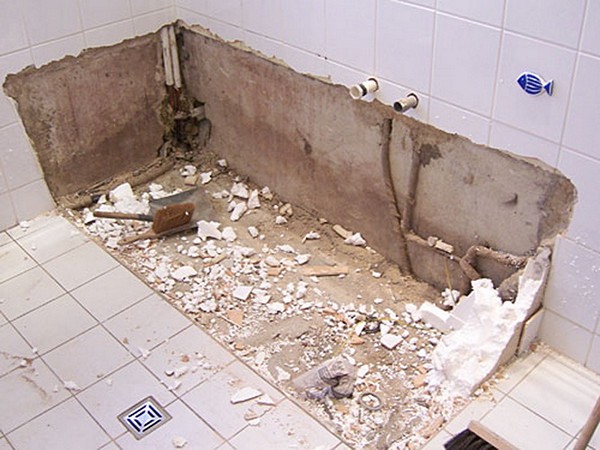 The space between the plumbing and the walls of the bathroom in the past was traditionally clogged with mineral wool. Due to the increased humidity, such material, unfortunately, acquires a not-so-pleasant smell of mustiness and “old age”. So by dismantling the plumbing you can make the air in the apartment cleaner.

Another reason why the owners of old houses prefer to demolish such structures is their not too smooth geometry. Bathtubs with sanitary ware look out-of-date, among other things, also because the walls in them are located at any angle, but not at 90 degrees.

Asbestos structures installed in apartments before 1998, experts advise to demolish necessarily. The fact is that this material is very harmful to human health. Dust from the walls of a asbestos-filled sanitary bathtub can even cause cancer.

Demolition of a sanitary bathtub has many advantages. However, according to housing law, this procedure is considered a redevelopment. That is, before dismantling the plumbing with your own hands, the owner of the apartment must contact BTI for permission. 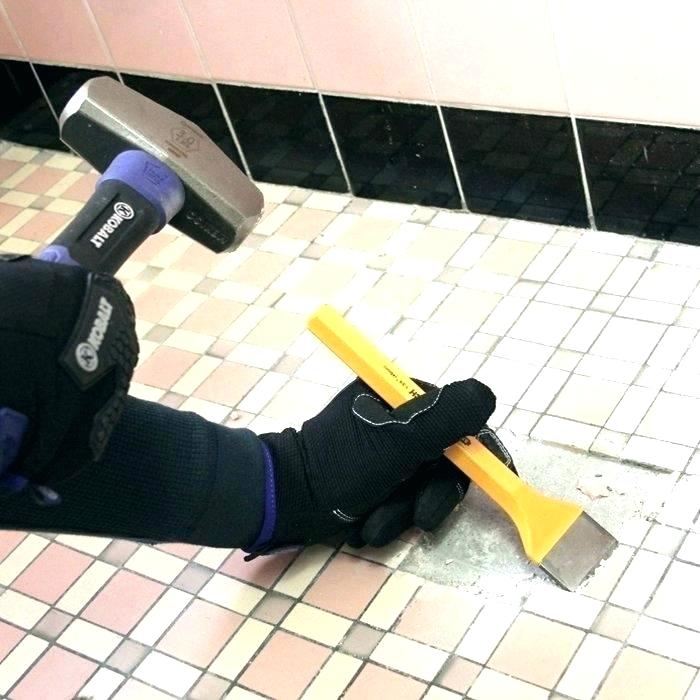 Complete the approval process in this case the owner of the apartment is likely to succeed quickly and without any problems. Indeed, the demolition of a plumbing does not imply a violation of any load-bearing structures of the building or transfer of engineering systems.

Also, the owner of the apartment, who decided to dismantle the old asbestos box, should definitely warn the neighbors about the upcoming work. The fact is that the demolition of such a design is a very noisy procedure. In Moscow, for example, it can only be performed from nine in the morning until seven in the evening with a break for a quiet hour from one to three.

What else needs to be done

There is a lot of construction debris when dismantling a sanitary cabin. To take out such a quantity of concrete, asbestos and waste of other materials just in the trash in the yard and, moreover, it is impossible to fill the tanks with their residues. Before starting the dismantling of the cabin, you should definitely call the company involved in the removal and disposal of waste, and agree on vehicles - a truck and a loader. Of course, the owner of the apartment will have to pay separately for the removal of construction waste.

Actually, the dismantling of a sanitary cabin from acide or gypsum concrete is a labor-intensive operation, but technologically not too complicated. Before the demolition of such a box in the bathroom, of course, you need to close the general valves for supplying hot and cold water to the apartment. Also, in the bathroom, all plumbing and furniture should be dismantled and removed from it.

Dismantling of a sanitary cabin in a panel house is usually carried out in several stages: 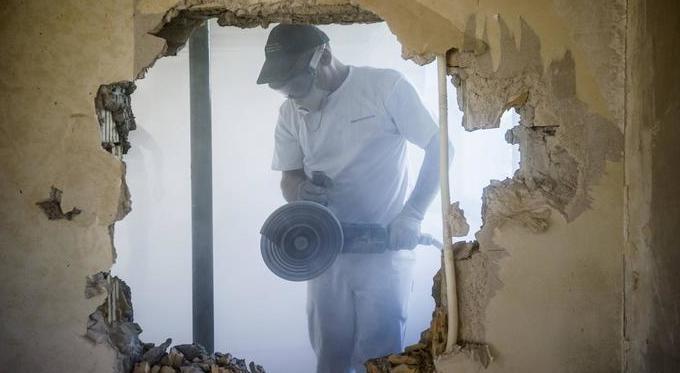 The walls, ceiling and frame of the plumbing in bathrooms of panel houses are usually disassembled quite simply. To dismantle asbestos sheets, experts in such buildings recommend using a hammer or grinder. Work with a sledgehammer in a panel house, of course, is not worth it. If you carelessly use such a tool, repairs may have to be done by neighbors from adjacent apartments.

The most difficult procedure during demolition is the dismantling of the floor of the plumbing. Judging by the reviews of the owners of apartments, in Soviet times, the foundations of such boxes were made very high quality. You can try to break the floor of the sanitary ware during its dismantling, of course, with a puncher. But, most likely, such a tool simply "will not take." Therefore, experts recommend that apartment owners who decide to demolish an asbestos box in the bathroom on their own should also stock up on crowbars. With such a tool, you first need to tear the plate from the frame. Then with a crowbar you just need to beat out small pieces of the plate in stages. 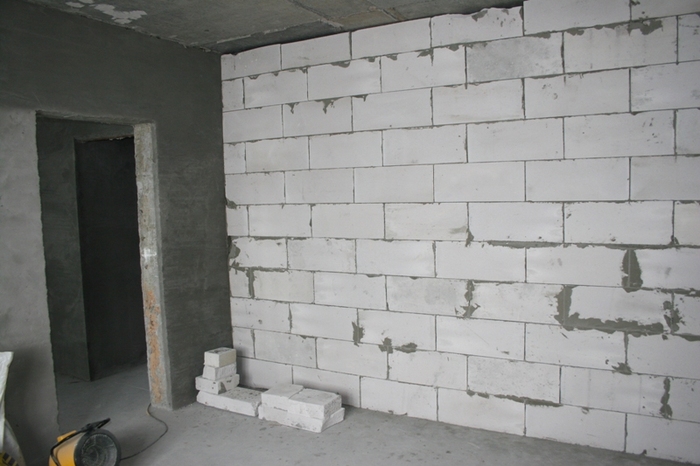 After the cabin will be dismantled, you can proceed directly to the arrangement of the expanded bathroom. If the union of the toilet and the bathroom was not agreed in the BTI, after demolition of the box in the bathroom, you may have to erect a new partition. For its construction, experts advise using lightweight foam blocks. The partition from such material will turn out to be quite strong and durable, and at the same time it will not overload the floor slab of the house.