How to cook beef beshbarmak: ingredients and step-by-step recipe

From the nomadic peoples many tasty national dishes came to us. One of them is Beshbarmak. It seems to many housewives that it is impossible to make it in their kitchen without proper experience. But today we will share secrets and tell you in detail how to cook beef beshbarmak according to the traditional Kazakh cuisine recipe. Thanks to the Kazakhs, as well as the Bashkirs and Kyrgyz, this dish has come down to our times. In this article we will tell you all the nuances of cooking and describe in detail the process itself.

A bit of history

To begin with, let's decide what is beshbarmak. Translated from the Turkic language, then “besh” is the word “five,” and “barmak” means “fingers”. The dish was called so because for a long time it was customary for nomads to eat it directly with their hands, that is, with their fingers. It was invented many centuries ago and is a combination of homemade noodles, coarsely chopped onions and boiled meat. Beshbarmak is sold with a large amount of fatty beef broth, in which meat was cooked. For cooking, nomads most often used horse meat or lamb, but modern housewives prefer to use beef. Now let's take a closer look at everything.

One of the main points of the classic recipe beshbarmak is a broth. To prepare it, you will need the following products:

To cook the right homemade noodles, you need to stock up with high-quality wheat flour and homemade chicken eggs. Properly selected ingredients will give an extremely positive result. The dough will turn out elastic and the right color.

In addition, you will need a large amount of onions (from three to five heads) and fresh herbs.

The first step in preparing this dish is to process m jasa. The beef on the bone must be washed well, films and a large amount of fat can be removed. The meat on the bone will give the necessary broth to the broth, so a large amount of fat (if any is present on a piece of meat) is not required. The meat pieces are sent to a large pan, where cold water had previously been poured. We put on a strong fire, bring to a boil and wait for the first foam to appear. After removing the foam, we reduce the fire.

Experienced housewives who know how to cook beef beshbarmak are advised to remove the foam more often. So the broth will not turn cloudy, but will become transparent. Cooking meat is recommended for about three to four hours on low heat. When the meat starts to move away from the bone, and the broth becomes transparent and saturated, you can turn off the gas.

After the meat is cooked for one and a half to two hours, add two whole peeled onions to the broth. At the same time, you can put peeled carrots in the pan, the amount of allspice, salt and bay leaf indicated in the list of ingredients. We must say right away that it is not necessary to put vegetables; you can limit yourself only to spices. However, carrots and onions will give the broth an additional taste and aroma. You should not neglect them. 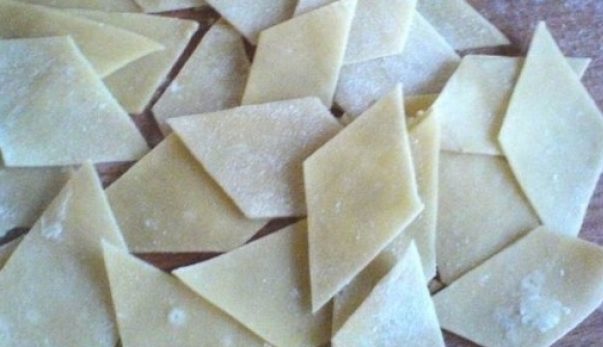 Talking about how to cook beef beshbarmak, you can’t but emphasize attention to the proper preparation of dough for homemade noodles. Of course, square noodles can be bought in the store ready-made, but it is better to cook at home. It will not take as much time and labor as beginner housewives think. We stock up with patience, a large bowl and a sieve.

Using a sieve, sift the flour, which will make the future dough airy. The specified amount of wheat flour is added to a large container, we also break the homemade chicken eggs with a bright yellow yolk there. Before adding to the dough, you can shake the eggs with a fork in a separate plate. We begin to gently mix the mass, gradually adding cold broth or water. Solim. Gently knead the dough, gradually add flour, if necessary.

A little secret. Mistresses who know how to properly cook beef beshbarmak are advised not to start working with the dough immediately after kneading. Wrap a ball of dough in cling film and put it in the refrigerator for 25-35 minutes. 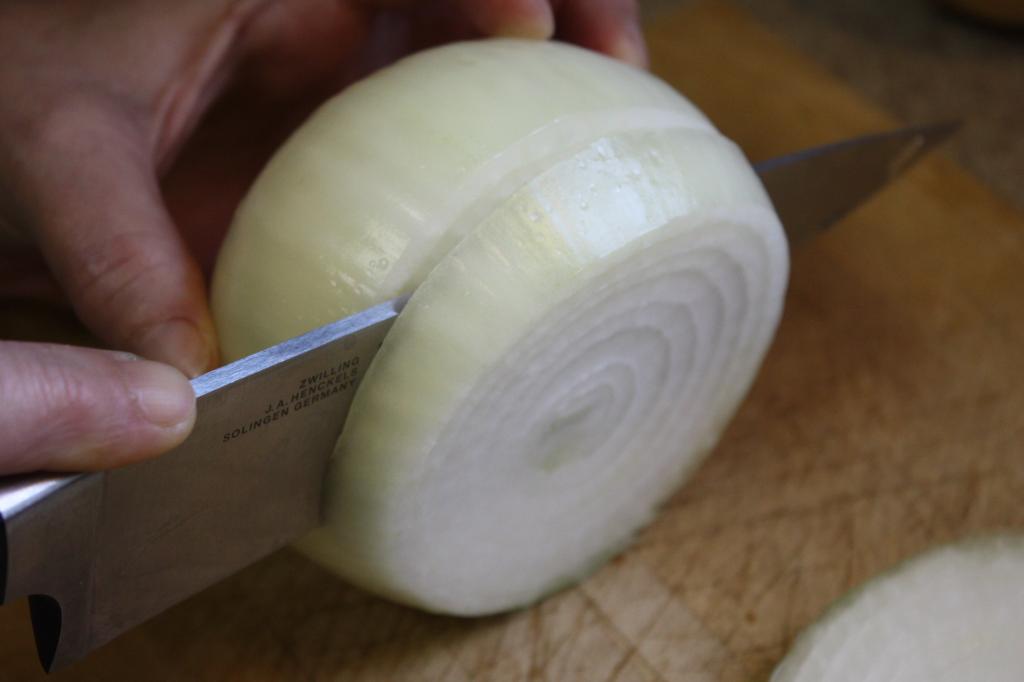 We take out the rest of the dough from the film. Flour the table thick enough so that it does not stick. Roll out with the help of a large long rope in a huge thin circle. Sprinkle the dough with flour periodically so that it does not stick to the work surface and hands. Cut a circle of dough into long strips. Then we cut each strip into diamonds. On a large baking sheet, we spread the parchment paper, sprinkle it with flour and lay out the rhombuses from the dough so that they do not touch each other. Leave homemade noodles for 30 minutes to dry. If you want to reduce the drying time of the noodles, just send the pan to the oven for 10 minutes (temperature 60 degrees).

While you are working with the dough, the meat will boil well, and the broth will become saturated and thick. We get the beef with a slotted spoon from the pan. Leave on a plate to cool slightly. It is also recommended to remove all spices and vegetables from the broth. We filter the broth through cheesecloth. Experienced housewives advise to allow the broth to cool slightly, and then remove excess fat from the surface. But if there is no time for this, then you can leave it like that.

When the beef cools down, we take it apart into small pieces. Since the meat is well cooked, it will be easily separated from the bones, and the process will not take much time. If the pieces are large, chop them with a knife.

Peel the onions and cut into large rings. Add a little broth and vegetable oil to the pan. Let’s send the onion there and stew it for 5-7 minutes. For the aroma, you can add one bay leaf and a couple of peas of black allspice. We take out the onion with a slotted spoon and transfer it to a plate. The broth, in which the onion was languishing, is sent back to the pan. When preparing beef beshbarmak in Kazakh, it is very important not to lose aromas.

We put the pan on the stove and boil the homemade noodles in beef broth. The dried diamonds will cook for 8-9 minutes. Before sending to the pan with the dough, it is recommended to shake off the excess flour. Using a slotted spoon, we get boiled noodles and then mix it with onions.

So, now you know how to cook beef beshbarmak. It remains only to properly serve the dish on the table. Take a large wide plate. We spread homemade noodles with onions, placing food closer to the edge of the dishes. In the central part of the plate we put boiled beef. A small part of the onion stewed in the broth is also placed on the meat, and sprinkled on top with black ground pepper. Pour beef broth into small bowls, sprinkle it with densely chopped greens.