A cyst is a pathological cavity that can form in any organ or even tissues. Depending on the location, size and type, the neoplasm can be inconvenient or accompanied by severe pain. Regardless of the symptoms, the cavity seriously impairs the functionality of the organ. Urachus cyst in men occurs during ontogenesis and may not wither for a long time. Despite the asymptomatic course, the cavity contains pathogenic exudate, and under certain circumstances septic complications may develop.

Urachus cyst in men, what is it?

In urology, education is considered as an intrauterine deviation of the urinary system. Urachus is the urinary duct at the embryo, located between the peritoneum and the transverse connective tissue membrane of the abdomen, which connects the bladder and the navel. The duct of the urine of the fetus is excreted in the amniotic fluid. From the 20th week of embryonic development, duct fusion begins, ending at the time of birth. But in some cases incomplete obliteration occurs, resulting in anomalies.

The cyst can increase to the size of a male fist. The cavity is an extraperitoneal mass that can burst if infected, resulting in peritonitis.

According to ICD 10, the urachus cyst has the code Q64.4 and refers to anomalies of the urinary duct. The cavity in most cases is closed, sometimes communicating with the bladder through the fistulous passage. 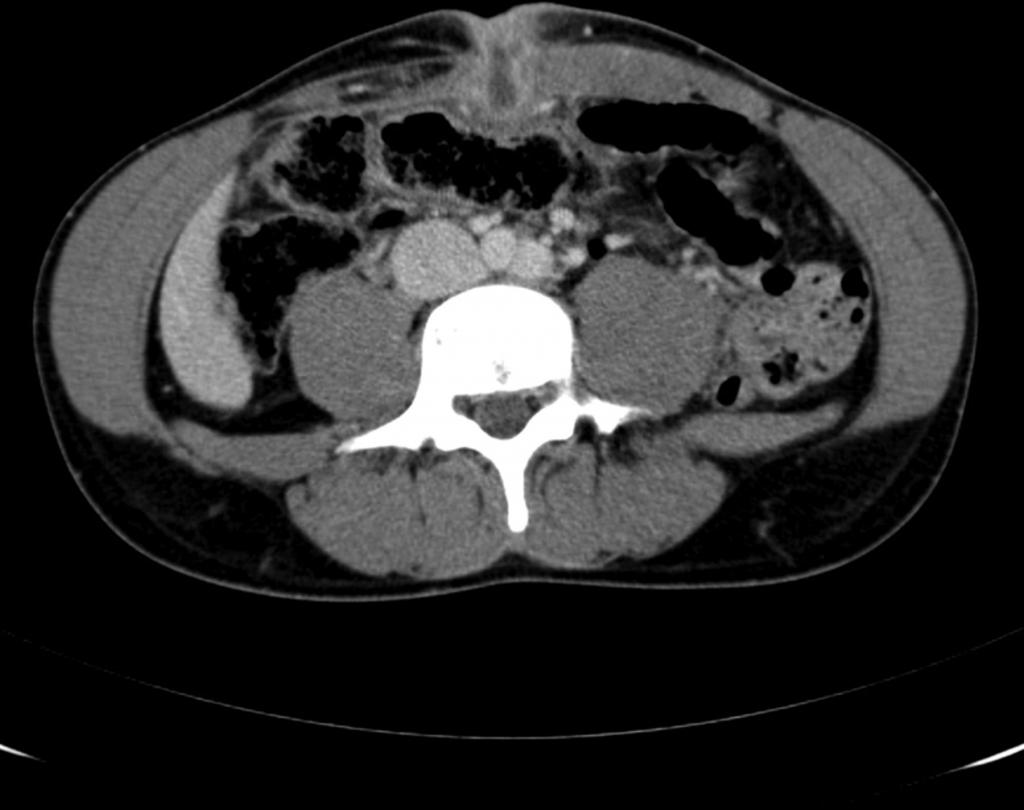 Factors affecting the formation of a cavity are not fully understood. It is only known that the pathology is non-hereditary, that is, if the parent has an anomaly, then the probability of its development in the child is negligible.

Urachus cyst in men - what is it? In fact, this is the unclosed midline of the urinary duct. Similar cysts form when the umbilical and cystic ends of the lumen are closed, and the intermediate part remains open.

Urachial remnants are diagnosed in 1.03% of the population. Very often, the duct overgrows completely after birth until the age of four. In adult men, a cyst is detected upon treatment of a patient with characteristic symptoms characteristic of infection.

How is the disease manifested 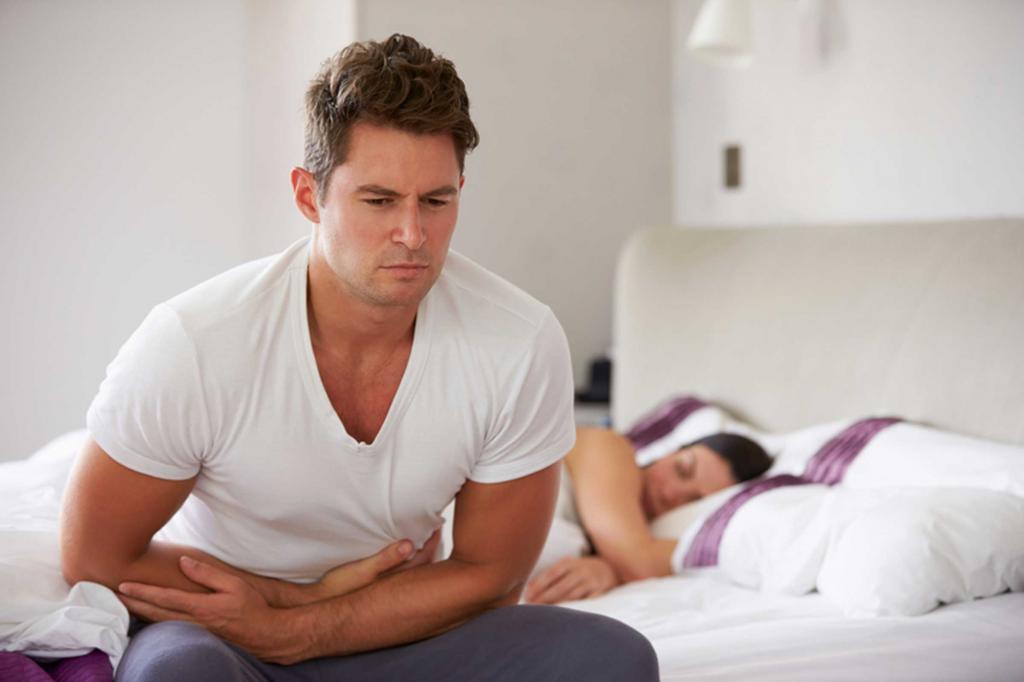 With small sizes of the cyst of Urachus, symptoms may not be observed for a long time. Education is usually discovered by chance during a physical examination.

The clinical picture changes if an infection enters the cavity. The exudate found inside the cyst becomes purulent, the inflammatory process progresses. Bacteria can penetrate in two ways:

An inflamed cyst rapidly grows in size, and the pathological process itself is accompanied by the following clinical manifestations.

What complications can occur 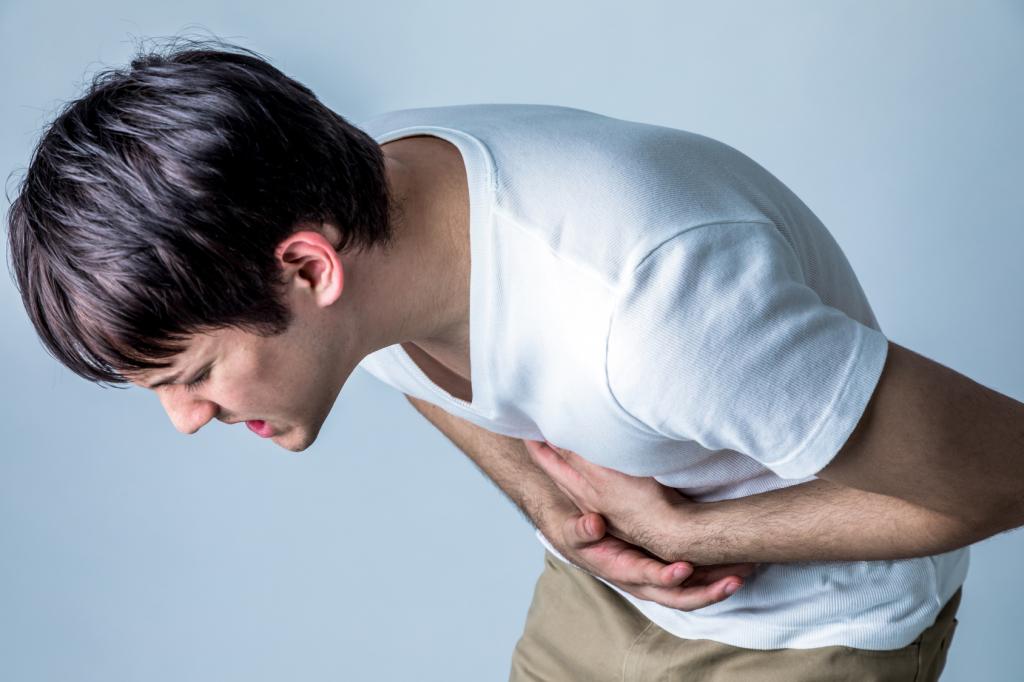 The main clinical manifestation of the inflammatory process is pain in the abdomen. Men associate these symptoms with poisoning, overeating, not even suspecting the real causes of the clinical picture. Patients independently eliminate the symptoms, without even trying to find the cause of their occurrence. Meanwhile, inflammation progresses, the cavity increases in size, the risk of complications increases.

Some experts believe that in certain cases, operations with a cyst of urachus in men could be avoided if patients sought help before they appeared complications.

How is the diagnosis carried out 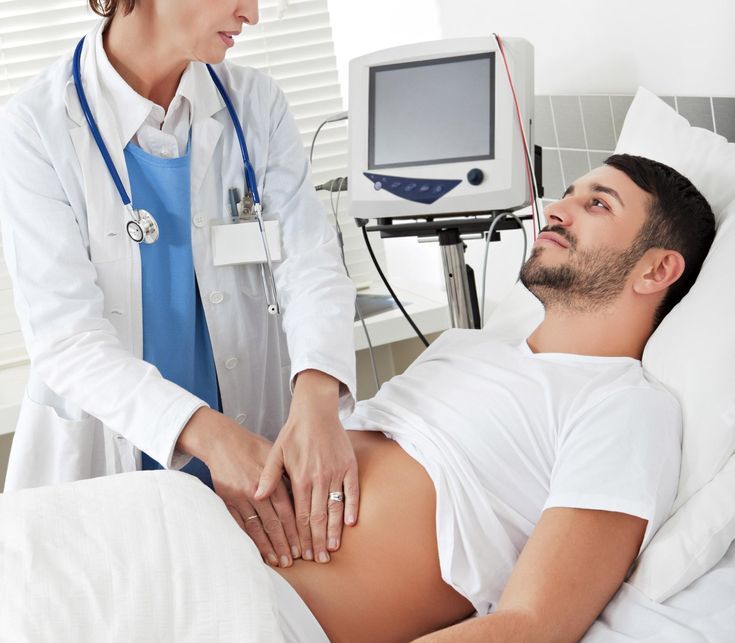 Unfortunately, pathology in men in adulthood is more often diagnosed upon receipt of them in serious condition. With perforation of the cyst, a conclusion can be made only with the help of a laparoscopic or laparotomy examination. If the patient is not in an emergency, then the diagnosis is as follows.

It is important to conduct a differential diagnosis of a urachus cyst from an umbilical hernia, a diverticulum cyst of the bladder.

If a cyst is detected during a standard medical examination, the surgeon asks the patient about any symptoms. If education does not bother the man, and additional diagnostics did not reveal complications, then therapeutic measures for pathology are not carried out. In medical practice, there have been identified enough cases where patients lived with a cavity until they were old, and it did not bother them.

It is completely pointless to treat an infected cyst with medications. Antibacterial therapy eliminates the pathogen, but the contents of the cavity remain, and the liquid itself is pathogenic, at any time it can come out and cause serious complications. The only treatment for symptomatic cystic urachus is surgery. Surgical intervention allows not only to completely eliminate the pathological process, but also to avoid relapses.

Infected pathological cavities with suppuration require surgical intervention. With abscess formation, an immediate opening is performed with drainage of the cavity. After prescribed a course of antibacterial drugs, most often "Dicloxacillin" at 250 ml per day orally. In the cold period, extraperitoneal excision of the pathological cavity is performed.

Urachus cyst removal can be performed in two ways: laparotomy or laparoscopy. The latter is used only in the absence of complications and a non-progressive inflammatory process.

Laparotomy is performed under general anesthesia. Tissues of the skin and muscle layers of the peritoneum are dissected with a scalpel. If the cyst is large and with signs of suppuration, it is opened and purulent contents are removed, after which its walls are excised. If the pathological formation is small, excise the urachus with a cyst.

Laparoscopy - it is always a planned operation. Unfortunately, due to the large number of contraindications, such a method of treatment is rarely resorted to. Although the method has several advantages:

Laparoscopic surgery is performed by two - the surgeon and his assistant. On the stomach perform 3 ports (holes) with a diameter of 5 mm. The first in the upper middle abdomen for introducing a laparoscopic grasper into it, the second in the upper left abdomen and the third above the right upper abdomen. Using the endoclips, the urachal cyst and fibrous tract are removed. A sample of the cyst is sent for histology. The operation lasts about an hour.

After removing the cyst, the problem is completely resolved. For some period, a man experiences pain. To eliminate them, “Acetaminophen”, “Motrin” are prescribed. The prognosis of treatment is favorable. Removing urachus eliminates the risk of future infection. It is believed that the remnants of the embryonic urinary duct may be a place for the development of cancer, but so far this is only an opinion.

According to the ICD, the urachus cyst is a malformation of the urinary duct. But the causes of the anomaly are unclear. Therefore, prophylaxis of complications of cystic formation should be carried out. Men, for any unpleasant manifestations, should undergo a comprehensive examination. If a pathological cavity is detected, discuss with the doctor the feasibility of excising it in order to eliminate the likelihood of complications.

Urachus cysts in men are not common diseases. The vast majority have never even heard of such a pathology. The main danger is that patients do not seek help immediately, trying to eliminate the symptoms. At the first signs characterizing a violation of the state of health, it is necessary to consult a doctor. A planned operation guarantees a short rehabilitation period and recovery. Serious complications may develop when you delay a visit to a doctor, which is a threat not only to health but also to life.